Pet Planet’s vision is a world in which animals are treated with respect for the unique individuals they are… a world in which consideration is given for an animal’s needs and quality of life…a world void of animal exploitation, abuse, and neglect. It is because of our passionate dream that we are happy to partner with In Defense of Animals to spread the message of the Guardian Campaign.

What is the Guardianship Campaign?

The Guardianship Campaign promotes the usage of the term “Guardian” instead of “Owner” when referring to our animal companions. More than an exercise in semantics, this shift promotes a more compassionate relationship between person and animal. Although the term does not change any legal standing, “guardian” connotes the responsibility we have for the care, welfare, treatment, and quality of life of an animal in our charge.

In choosing a more accurate term to define your relationship with animals, you are helping to elevate a community’s consciousness and way of thinking about non-human animals. By viewing, treating, and speaking of animals from the perspective of a guardian, you are respecting and recognizing that they are individuals with needs and interests of their own.

Our changing attitudes toward animals are reflected in the language we use to write and speak about them. Surveys show that the vast majority of people with animals in their care think about them as family members. “Animal guardian” is a respectful term that is consistent with public sentiment. As we use kinder terms, our children will absorb the message that cats, dogs, and other animals are living beings that depend on people for long-term care and protection.

Did you know that most pet store animals come from puppy mills? Also, every dog or cat purchased from a pet store equals one euthanized animal at a shelter or humane society. Buying an animal from a store instead of adopting from a shelter contributes to animal overpopulation by taking a potential home from a homeless animal. Buying an animal from a pet store also funds puppy mills and contributes to the problem of treating and viewing animals as marketable commodities. By saying we “own” animals, we encourage others to view them monetarily, while referring to ourselves as “Guardians” communicates the emotional value of animals.

If you teach young people that their role as an animal guardian is a valued personal characteristic-something to take pride in, they might be less likely to abuse or abandon their animal companions. When adopting agencies, shelters, and rescue organizations join you in reinforcing responsible animal guardianship, people will be far less likely to view and treat their newly adopted family members as mere things or commodities. What’s more, shelters, humane societies, and rescue organizations that choose to use the term “animal guardian” in their adoption contracts and literature, communicate to potential adopters that they are adding a new member into their families, not purchasing a disposable piece of property.

Local governments that refer to residents as guardians affirm the positive impact that citizens can have on local animal issues such as shelter overpopulation, barking dogs, dog fighting, and animal abuse. Calling residents “animal guardians” empowers communities to work together toward common solutions. Updating city codes to include the term “guardian” is a symbolic change that demonstrates a new attitude of public concern for the welfare of all animals. Though updated legal language does not affect one’s legal rights, responsibilities, and liabilities, the psychological and sociological impact of this change in language is advancing positive attitudes about animal care.

Throughout history, it is language, together with action, that has been at the forefront in the fight for civil rights. From Gandhi’s quest for truth to Martin Luther King’s “Dream,” every social movement, every hard-won victory in the name of justice and equality began with the courage to question, the desire to open a visionary eye, and the words to tell the world. 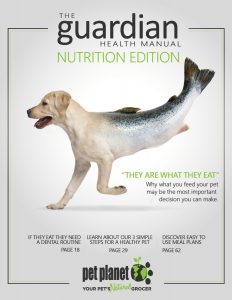