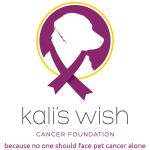 The Genetic Link to Cancer

There is a lot of speculation about the causes of the epidemic rates of cancer in our dogs today. One area that warrants in-depth research is breeding practices. With cancer types and rates varying dramatically by breed, and as high as 87% in popular breeds such as the Golden Retriever, there is compelling evidence pointing towards a genetic link to cancer. It is estimated that the average cancer rate of all breeds is now over 50%, meaning half of all dogs will develop cancer.

There are three breeding philosophies subscribed to by the majority of breeders, which are:

is the mating of two dogs that are closely and immediately related. This includes brother-to-sister, father-to-daughter etc.

is the mating of two dogs that are two or three generations apart. This includes uncle-to-niece, half-brother-to-half-sister or grandmother-to-grandson.

is the mating of two unrelated dogs of the same breed. The Inbreeding Coefficient (I.C.) of the puppies is lower than the average of the parents. The I.C. is a mathematical model for the definition of the level of inbreeding in a dog.

In-breeding and line-breeding are known to gain rapid results when breeding for a specific desired trait. However, when you double up on the genes to achieve good characteristics, you are also doubling the genes that produce bad traits. These undesirable traits can be unseen genetic defects that have not, or cannot yet be detected. When two bad genes are doubled up due to inbreeding or linebreeding, they suddenly become a dominant trait likely to manifest itself in the pet.

There is considerable debate on what diseases are genetically linked. Still, it is becoming apparent to many around the world that the high rates of cancer, diabetes, allergies, epilepsy, and other all too common conditions may result from in-breeding and line-breeding.

In many parts of the world, national kennel clubs have opted to ban in-breeding and line-breeding. However, line-breeding is still the favored approach for breeders in North America. The Canadian Kennel Club has stated the following:

“The relationship between the Sire (father) and Dam (mother) of the litter has no bearing on registration eligibility. Breeding dogs that are closely related can fix certain characteristics, both desirable and undesirable. However, there is no rule that prohibits inbreeding and line-breeding; this is left to the discretion of individual breeders.”